How the gas crisis is squeezing Britain’s farmers 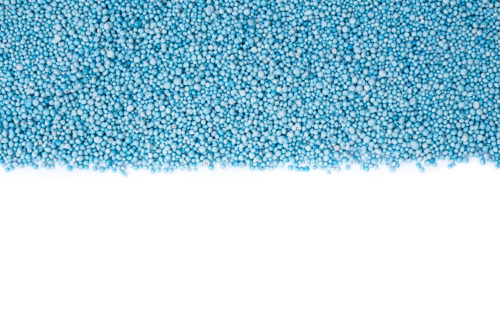 New ECIU analysis finds that in 2021 British farmers may have faced an additional £160 million on their fertiliser bill, largely caused by the gas price spike.

The tragic events playing out in Ukraine are having impacts much closer to home. The gas price crisis, driven in part by Russia restricting gas flows, is beginning to hit UK pockets hard and has caused energy bills right across Europe to rise significantly.

With potential restrictions on Russian and Ukrainian grain exports too, food prices may also be directly affected. But farmers are already feeling the pinch from the surge in gas prices and are also being impacted by rising oil prices pushing up the costs of red diesel. In the past, global fossil fuel price spikes have been followed later by food price spikes.

Ever higher gas prices are expected in turn to increase fertiliser prices. Methane is used as a raw ingredient in many fertilisers, while other types are energy intensive to produce.

The UK normally buys 38% of its urea fertiliser from Russia.1 In early March 2022 President Putin singled out fertilisers as at risk of even further price rises, and his Industry and Trade Minister asked companies that produce them to suspend exports.

Based on 2020 figures (the latest available) the UK imports 17,700 tonnes of urea, 2,000 tonnes of potash, and 3,000 tonnes of diammonium phosphate from Russia every month.2 Late 2021 prices for these fertilisers mean the UK is paying Russia £16 million per month, or £4m a week, for fertilisers.

New ECIU analysis suggests that in 2021 British farmers may have faced an additional £160 million on their fertiliser bill (see Annex: methodology) due to the rise in the price of fertilisers, largely caused by the gas price spike.

The most recent official prices at time of publication, for January 2022, put Ammonium Nitrate at £646 per tonne and Phosphates at £667 per tonne. If these prices hold during 2022, and were farmers to use the same quantities of fertiliser as those used in 2020, the extra bill for January- December 2022 would be in the order of £480 million.

In mid-March commodities brokers were reporting Ammonium Nitrate at £925 per tonne and Phosphates at £755 per tonne. This puts Ammonium Nitrate at more than four times the price it was in 2020. This followed comments by the Russian Ministry of Industry and Trade asking producers to stop exporting fertilisers. Only a few days later President Putin warned that fertiliser prices could rise even further, in turn impacting global food price.

If reported March 2022 prices persist for 12 months (although official figures are yet to be released by industry bodies), the extra fertiliser bill for British farmers over that period could be £760 million, assuming farmers purchase and apply the same quantities of chemical fertiliser as a normal 12 month period.

However, this may be far from a normal year and farmers may cut both purchase and application of fertilisers in response, in order to reduce costs as much as possible. This shows the escalating risks for farmers, and for food security, of high-carbon fertilisers made from fossil fuels, and controlled by unstable regimes.

Rising fossil fuel prices have driven inflation across the economy, including food price increases and higher costs for farmers. High fossil fuel prices have serious impacts on the food sector. In 2021 elevated gas prices forced fertiliser factories to close. These factories produce CO2 as a by-product in the manufacturing process, a gas that is vital to the food industry used both in packaging and abattoirs.

The UK’s farmers have not escaped the impacts of rising fossil fuel costs. The Energy and Climate Intelligence Unit (ECIU) has calculated that high fossil fuel prices may have heaped hundreds of millions of pounds of extra costs onto farmers in 2021 alone. As most of the country has faced increasing bills for heating due to the rising cost of gas, farmers have felt the effects in different ways, but the impact is still very real.

New technologies and alternatives are being developed to help agriculture wean itself off fossil fuels such as heat pumps replacing gas boilers for heating buildings and greenhouses, electric tractors and high-tech robots for work in the fields (which can also help to make the application of fertiliser more targeted and less wasteful), as well as fossil fuel-free fertilisers. In light of these price shocks, it’s likely much greater focus will be placed on these cleaner approaches with many British firms leading the way.

Fertilisers are integral to food production across the world and therefore if their price or availability changes it can negatively impact food production in every corner of the globe. Rising fuel and fertiliser costs were the main cause behind “agriflation” (the index of rising costs for farmers) in late 2021.

Some in the sector are warning that these costs may be passed onto consumers through food prices. This is not the first time this has happened. In 2008 high fossil fuel prices in turn led to high food prices. Little has changed since then and most crop farming still uses fertilisers, which are energy-intensive and use natural gas as a raw ingredient.

These extra costs on British farms are clearly unwelcome with many already struggling financially, and some only making a profit once government subsidies have been taken into account. The four countries of the UK are moving to new agricultural systems that will reward farmers for storing carbon and restoring nature alongside producing food.

There is greater interest than ever before in private markets that might also pay for these environmental outcomes. But this alone won’t be enough. Farmers will also need support to break their industry’s link with fossil fuels through changed farming techniques and new technologies.

Fossil fuels are driving up immediate costs for farmers but they are also contributing to climate change with British farms increasingly being hit by flooding and heatwaves. This increasingly unpredictable and extreme weather is affecting the prices of commodities farmers grow and therefore of the foods that UK consumers buy. The fossil fuel hit on food prices is a double whammy.