UK’s investment in renewables is being rewarded by lower bills 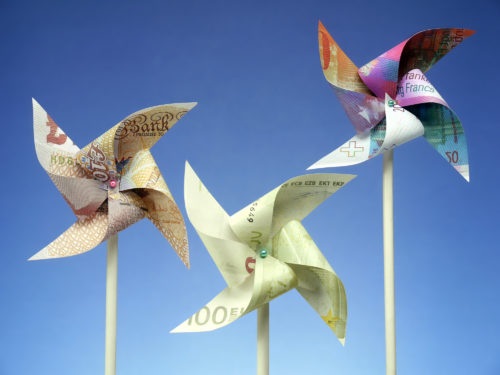 The UK’s investment in renewables, supported by so-called ‘green levies’ on energy bills, is lowering electricity costs, as even the earlier wind projects are now cheaper generators of electricity than gas power plants.

The support for early renewables was designed to grow the UK industry in order to achieve the low costs offered by the net zero transition through learning, innovation and economies of scale.

But some of the early wind farms are providing an additional benefit by returning part of the wholesale price that has been driven to record levels by the gas crisis.

Wind farms supported via ‘Contracts for Difference’ (CfDs) paid back £157million in Q4 2021 as gas quadrupled the wholesale power price.

And these wind farms are forecast to pay almost £390million in 2022, and £660million over the course of 18 months from the start of the gas crisis in Q4 2021 through to Q1 2023. With the Russian invasion of the Ukraine likely to make the gas crisis deeper and more prolonged, repayments from wind farms are expected to be higher than these estimates.

With wind generators set to continue making payments into early 2023, the CfD ‘green levy’ on bills has been set to effectively zero, so that customers will pay nothing for CfDs under the next price control – a saving of £35 from the previous year.

Currently, the CfD levy cannot be set to a negative value, but once through this immediate crisis, the Government could consider changing the legislation so that households can essentially receive payments from cheap wind farms.

Cost savings from wind farms will become more frequent in coming years even if wholesale prices fall, with new wind farms coming online over the next few years whose strike prices (at less than £50 per MWh in 2021 prices) are lower than likely scenarios for gas-fired power plants that usually set the price received by all generators.

If another gas crisis was to occur five years in the future with wholesale prices of £200 per megawatt-hour for a year, wind farms with CfDs could provide a cost saving of £5.7–6.7billion in a year, equivalent to £70–85 a year for each household.

If that crisis was repeated in ten years’ time, by which point the Government aims to have 40GW of offshore wind as part of the move to net zero, CfDs for wind power could save £23–26billion in a year, equivalent to £290–330 per home.

See the press release for this report.