With the second highest rate of EV sales among major economies, UK drivers are set for an electric dividend of £300bn with the lifetime savings of an electric car already totalling £8,300.

Analysis commissioned by the Energy and Climate Intelligence Unit (ECIU) shows that the average net saving for owners over a 14-year EV lifetime is £8,300 in the UK, or just under £600 a year, making them cheaper to own and run than petrol or diesel equivalents. If the all cars in the UK were to be electrified, the savings over the lifetime of those vehicles would be £300bn in the UK.

The report,Global Momentum on Clean Transition: The energy price shock and the transition to electric vehicles , also finds that electric vehicles sales and available models proliferating; in 2021, in Europe alone there were 184 models available, five times as many as there were just five years ago.

Globally sales doubled in 2021 reaching 6.6 million cars, with the market on track for a near-doubling again in 2022 as volatile fossil fuel prices and concerns over energy security drive forward the electrification of road transport systems, outstripping analysts’ forecasts. [2]

The International Energy Agency has described the oil and gas crisis as a “definitive turning point towards a cleaner, more affordable and more secure energy system” [3]

Commenting, Colin Walker, Transport Lead at the Energy and Climate Intelligence Unit (ECIU) said: “This is a UK snapshot of a global story, of a car market that is speeding ever faster towards an electric future. EVs charged, increasingly by cheap renewables, will bring down the cost of driving for everyone, particularly as more and more EVs find their way on to the second-hand market.

“Russia’s invasion of Ukraine has sped up the transition to net zero in multiple ways even if country emissions’ pledges aren’t keeping pace.”

The report also suggests that second-hand EV owners are set to get a battery bonus with 10-20% of the value of the car likely to be recovered at the end of its life through the sale of its valuable battery for recycling.

The report: Global Momentum on Clean Transition: The energy price shock and the transition to electric vehicles.

Average net savings are based on the total cost of ownership (TCO); TCO calculates total costs and savings, over the expected lifespan of a vehicle, when buying an EV compared to its nearest equivalent combustion vehicle. 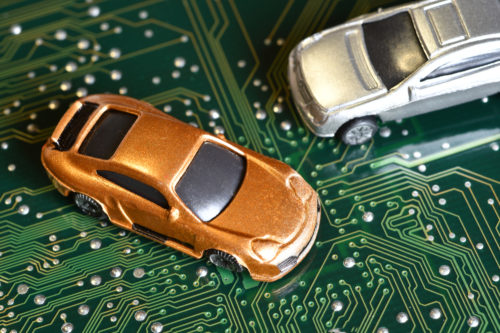