The shift to net zero greenhouse gas emissions has major implications for the economy.

Discounting the financial consequences of the Covid pandemic, most of the world’s leading economies, and the UK in particular, have grown strongly in the past 25 years while reducing their greenhouse gas emissions. From 1990-2019, UK Gross Domestic Product (GDP) has grown by 75%, while emissions have fallen by 43%.

In 2016, the UK lead the way in PWC’s Net Zero Economy Index. It has continued to place highly in the analysis of the G20 countries – in 2019 the UK was tenth, having reduced the carbon intensity of its economy by 4%, a slight fall on previous reductions (e.g. -8% in 2016).

Supporting these emissions reductions, there are now almost half a million jobs in low-carbon businesses and their supply chains across the UK. The UK’s low-carbon and renewable-energy economy was worth £46.7bn in 2018, up 15% on 2015 levels.

The Government sees decarbonisation as an opportunity to boost overall economic growth and further highlighted the jobs potential in the 2020 Ten Point Plan and Energy White Paper. These documents suggest that up to 250,000 jobs could be supported by 2030 in a ‘Green Industrial Revolution’.

Protecting our environment for the next generation also benefits our wider economic prosperity. The UK has helped new green industries to develop which have brought jobs and growth, even as we have taken decisive action to protect the world around us.

To reach net zero emissions will require significant investment in current and new clean technologies, and away from fossil fuels. Economies do not stand still and some sectors will benefit while others, like oil and gas extraction, will decline. These changes will have implications for jobs and training. By reaching net zero emissions the risks of climate change and associated negative impacts on the economy will be reduced.

The UK is predicted to be the fastest growing G7 economy out to 2050, although this forecast was made before the onset of the Coronavirus crisis. Analysis suggests the overall impact of policies to restrict global warming to 1.5 degrees, and ultimately move towards net zero emissions, will be positive for the UK economy and jobs.

At the global level researchers have calculated the likely benefits of keeping future temperature rise to 1.5°C to be in the range of tens of trillions of dollars, more than 30 times more than estimates of what it will cost to limit the rise to 1.5°C.

Shifting to net zero emissions could have other economic impacts. Air pollution causes tens of thousands of premature deaths in the UK. The UK missed several of its own air quality objectives in 2018, which are already behind WHO guidelines for ‘safe’ air. If it met these guidelines, it is estimated that the UK could gain back more than three million sick days per year, adding an estimated £1.6 billion into the UK economy through increased productivity and less sickness absences a year.

A paper published in the Lancet found that even the old UK target, for an 80% cut in greenhouse gas emissions by 2050, would have a significant impact on ill health and death.

A number of sectors, such as power (see briefing) and buildings will undergo significant change under a net zero emissions target, continuing transitions that are already well underway.

The UK car industry could receive a significant boost from the move to electric vehicles. Accelerating the shift to zero emission vehicles could deliver around 40,000 new jobs in 2030, however, much will depend on whether the cars are made domestically or imported. The UK’s electric vehicle industry was given a boost in 2021 as Nissan announced it would source more UK-made batteries for its electric cars.

To aid the transition, the Green Jobs Taskforce launched in 2020 will be setting out ‘plans for new long-term good quality, green jobs by 2030 and advise what support is needed for people in transitioning industries.’ It ultimately aims to deliver two million green jobs.

Fossil fuel industries will decline and are already contracting due to the Government’s decision to phase out coal power stations (coal now employs fewer than 700 people) and dwindling oil and gas reserves in the North Sea. Employment in the oil and gas sector fell by over 40% between 2014 and 2019. A transition deal detailing how the North Sea can move away from hydrocarbons to cleaner energy is expected from the Government in early 2021.

About 80% of UK GDP comes from services and there are many opportunities in high-value services such as financing low-carbon projects, climate-risk assessments, legal and consulting expertise. The Government has said it wants the UK to ‘continue to lead the way’ in green finance and committed to issuing the UK’s first Sovereign Green Bond in 2021 as well as mandate ‘reporting of climate related financial information across the economy by 2025’.

The Government has also said it wants to be a global leader in carbon capture utilisation and storage (CCUS), where carbon dioxide emitted is captured and either used or stored, and announced £1bn of support for this.

The Government also sees great potential in hydrogen as a zero-carbon fuel and has launched several pots of funding to trial and demonstrate hydrogen technologies for transport, heating and in industry. It aims to have the first hydrogen town up and running by 2030, and up to 20% blends of hydrogen in the gas grid in 2021. There is already a project going ahead in the North West of England developing hydrogen for use within the glass refining industry.

With the decline of some industries (e.g. fossil fuels) the Government could see a reduction in tax take (e.g. fuel duty) and so may need to alter fiscal policy. The UK already has a carbon floor price which is a levy paid by electricity generating companies on the emission of carbon dioxide, aimed at encouraging cleaner forms of power generation, but also generating revenue for the Treasury.

The idea of an economy-wide carbon tax has been put forward by think tanks, politicians and academics as a way of discouraging emissions and generating revenue. A white paper from the Zero Carbon Campaign found that a carbon price trajectory that reaches £75/tonne of CO2 by 2030, charged on all upstream emissions producers, could generate £27bn by 2030. 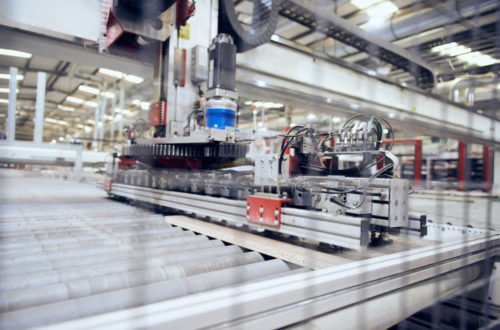