What are the options for keeping our homes warm without producing carbon dioxide?

Heating is responsible for around 40% of UK energy consumption and 20% of emissions. Policymakers have identified heat as a 'difficult' area to decarbonise, due to large energy requirements (at peak, demand can be multiple times that of the power sector) and the extent to which points of emissions (such as boilers in homes) are locally distributed.

However, there is no reason why emissions from heating buildings cannot be almost completely eliminated.

British homes generate the majority (60%) of heat demand. Since 1990 emissions from homes have fallen by 17%, largely due to more efficient boilers and better insulation, meaning we need to use less energy to keep warm - ultimately leading to lower energy bills. In recent years, however, progress has slowed, with 2019 residential emissions largely unchanged for five years.

Currently, 80% of UK homes are heated with natural gas – a higher dependency than many other countries. This can be traced back to development of North Sea reserves. As these dwindle, the desire to become less reliant on imported fuels to keep warm is another reason to decarbonise the UK’s heat supply.

Despite slow progress in developing low carbon heat policy, the technologies needed to decarbonise the sector exist today. There are a number of options available, with the main source of uncertainty the extent to which each will be used.

A heat pump is rather like a refrigerator or air conditioner in reverse - drawing heat from the ground or outside air, even when it is cold, and transferring the heat into the building. Hydrogen could be a future substitute for natural gas in the gas grid and district heating schemes are commonplace in countries across Europe. District heating schemes are also known as heat networks – a central heat source that supplies multiple buildings via a series of underground hot water pipes.

The eventual solution is likely to involve two or three of these options, with the government stating 'it is not certain which approaches or combination of them will work best at scale and offers the most cost-effective long-term answer'.

As well as changing to modern technology, increasing the efficiency of the UK’s housing stock also has a major role to play. The UK’s housing stock is one of the least efficient in Europe, losing three times more heat on average than Swedish homes due to poor insulation. Cutting the amount of heat that escapes through roofs, walls and windows is widely acknowledged to be the logical first step in cutting carbon from heat.

The government is developing a heat roadmap, expected in early 2021, to inform the roll out of decarbonised heating systems during the 2020s. The strategy will ‘set out the immediate actions for reducing emissions from buildings (including) the deployment of energy efficiency measures and low carbon heating technologies’.

A 2018 review of the current evidence into the future of heat in the UK found three common messages:

The National Infrastructure Commission recently advised that low-carbon gas (principally hydrogen) and heat pumps need to be trialled as they are likely to play an important role, and all technologies will play some part.

Modelling by the Climate Change Committee (CCC) shows that all practicable lofts and cavity walls should be insulated by 2032, and that emissions from buildings will fall by a further 16% to 2030. It also says that 20% of the UK’s heat could be provided by heat networks by 2050, with the remaining 80% generated in the building where it is used by systems such as heat pumps. The CCC indicate that 1.1 million heat pumps will be needed per year by 2030 and 19 million by 2050 to reach our climate change goals. The Government has set out an aim to install 600,000 heat pumps into homes per year by 2028.

A major factor in determining the best source of low-carbon heat is the number of other homes nearby, with those in more rural settings suited to heat pumps and those in towns and cities connected to heat networks. The population density at which it makes sense to switch between these technologies is one of the major decisions facing politicians and policy makers.

Current action to decarbonise heating in the UK occurs via the Renewable Heat Incentive (RHI), which provides payments to homes and businesses to shift to non-fossil fuel heat sources. The RHI has not achieved the desired rate of rollout, and a recent extension to 2022 is expected to achieve similar low uptake.

The Government recently announced schemes such as the Green Homes Grant and Clean Heat Grant to boost uptake of heat pumps and for low carbon gases, for after the RHI ends, which have been criticised for lacking ambition. Both schemes do however shift to a grant scheme – of up to £5,000 in the Green Homes Grant and £4,000 in the Clean Heat Grant in a bid to reduce high upfront costs, seen as a barrier to uptake.

The government released an 'overview of evidence' for heat decarbonisation in December 2018 and has since made several announcements in this area; the Future Homes Standard will mandate low carbon heating in new builds from 2025, increased funding for hydrogen trials has been granted (to create a ‘hydrogen village’ by 2025) and work continues on the heat roadmap which should set out clarity on the future of heat in the UK this year. Actions to date, though, do not put the UK on track to decarbonise heat by 2050.

Action on boosting building efficiency came from the £2bn Green Homes Grant, announced as part of the coronavirus recovery package, however the funding was reduced down to £320m in the 2021 Budget. The delivery of energy efficiency funding promised in the Conservative manifesto (up to c. £9bn) would be a big step, but measures to tackle owner-occupiers and ‘able to pay’ homes may need to be adjusted, as to date the Green Homes Grant has been called a flop. This is the area with the greatest scope for reducing energy waste and carbon emissions.

The net zero emissions target gives UK industry an opportunity to lead in emerging green global business, providing considerable export opportunities as other countries decarbonise their heating supplies. Although recognised as a challenge, the decarbonisation of heat is crucial to the success of net zero whilst making homes warmer and more affordable to run up and down the country. 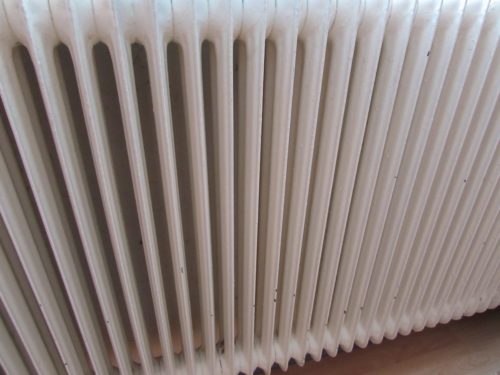